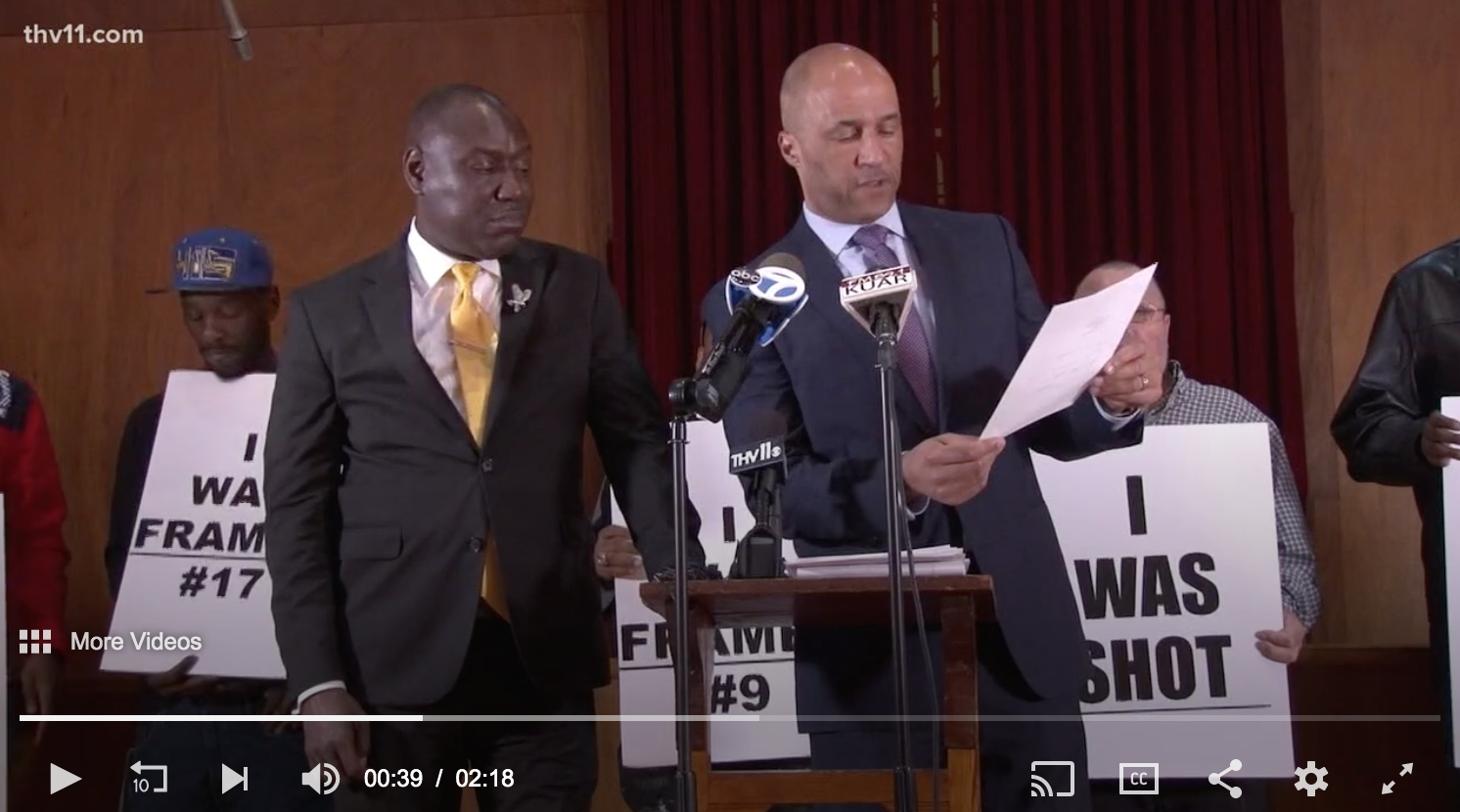 Lawyers for those who said Little Rock police have burst into their homes for no reason said they have as many 50 clients and are leveling accusations against the city.

LITTLE ROCK, Ark. — Lawyers for those who said Little Rock police have burst into their homes for no reason said they have as many 50 clients and are leveling accusations against the city. They claim that the LRPD mandated using SWAT teams for every search warrant.

Attorneys Mike Laux and Benjamin Crump represent Roderick Talley, whose video of an explosive search of his apartment for drugs has millions of social media shares.

“It is a mandate from the office of the chief of police that the SWAT team executes all search warrants,” Laux said. He was reading from a partially redacted internal memo from 2014 that he says shows the department was under orders to come with as much force as possible when on narcotics raids.

“I literally thought that I was going to die,” said Samone Whitaker, who is the latest person to bring her story to the civil rights lawyers. “Then I hear ‘Police, search warrant’ and then I thought, ‘Oh my God they’re going to kill me.’”

Whitaker’s account matches Talley’s incident, which he captured on a home security camera. It features an explosive charge blowing his door across the room as he slept on a sofa followed by a team of officers in tactical gear and armed with rifles.

In many of the cases, including Talley’s the warrants were secured in expectation the subject would have large quantities of drugs and would be armed. Instead, the lawyers say police usually find only traces of marijuana. Laux said if those mistakes are happening because judges are just rubber-stamping warrant requests, the police are breaking the law.

“You have to articulate a basis for each and everyone,” Laux said. “That’s required by the Constitution.”

The lawyers said as more people have come forward, more of their charges are being dropped by prosecutors.

And they warn that a raid last month in Houston that left two people dead and injured five officers could easily happen here.

“Is it going to take somebody getting killed like in Houston to bring an end to these unconstitutional, unnecessary Little Rock no-knock raids,” Crump said.

Through a spokesperson, Little Rock City Attorney Tom Carpenter refused to comment on the case because of the pending litigation.

The LRPD also withheld comment while promising a reporter to provide a number of search warrants the department issued this year and how many included a SWAT team.

Mayor Frank Scott Jr. has called for a task force to investigate the department’s policies. Laux and Crump said they are very encouraged by what they’ve heard from the Mayor since he took office.