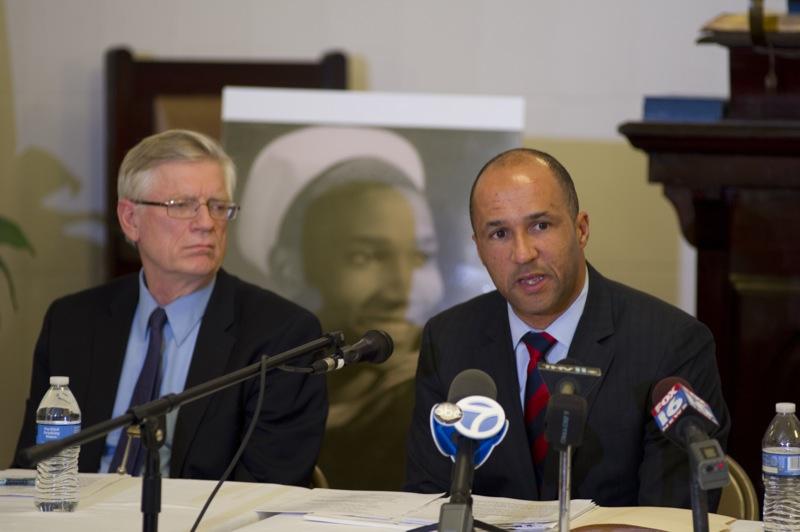 [vc_row][vc_column width=”1/1″][vc_column_text]Attorneys for the family of Eugene Ellison, a 67-year-old man killed by off duty Little Rock Police officers in his home four years ago, held a forum Tuesday night. It came two days before an appeal of a lawsuit against the department will be heard in the 8th U.S. Circuit Court of Appeals in Saint Louis.

Ellison was shot in his home when two officers working as security at his apartment complex approached his unit and an altercation ensued. Chicago attorney Mike Laux said Ellison’s it was a wrongful death.

“Four years ago this evening, white Little Rock Police officers Donna Lesher and Tabatha McCrillis, senselessly shot and killed 67-year old Eugene Ellison, an African American, in his own home. This was after entering the home illegally, without probable cause, without an emergency, without a reason whatsoever.”

Laux is also calling for a U.S. Justice Department patterns and practices investigation into the LRPD’s history of police-involved shootings, which he says disproportionately impact African Americans.

Ellison’s son, Troy Ellison, who is currently an officer for the department alleges he has been retaliated against at work since his father’s death. His brother, Spencer Ellison, a former LRPD detective, also spoke.

“Throughout my father’s life, he was able to maintain a fairly simple life and he believed in God. And he carried a small brown pocket bible on him and he treated people the way he wanted to be treated. I still have that brown Bible to this day, which is bloodstained, and I keep it close to my heart,” said Ellison.

A spokesman for the Little Rock Police Department said it will not comment about this case during pending litigation.[/vc_column_text][/vc_column][/vc_row]