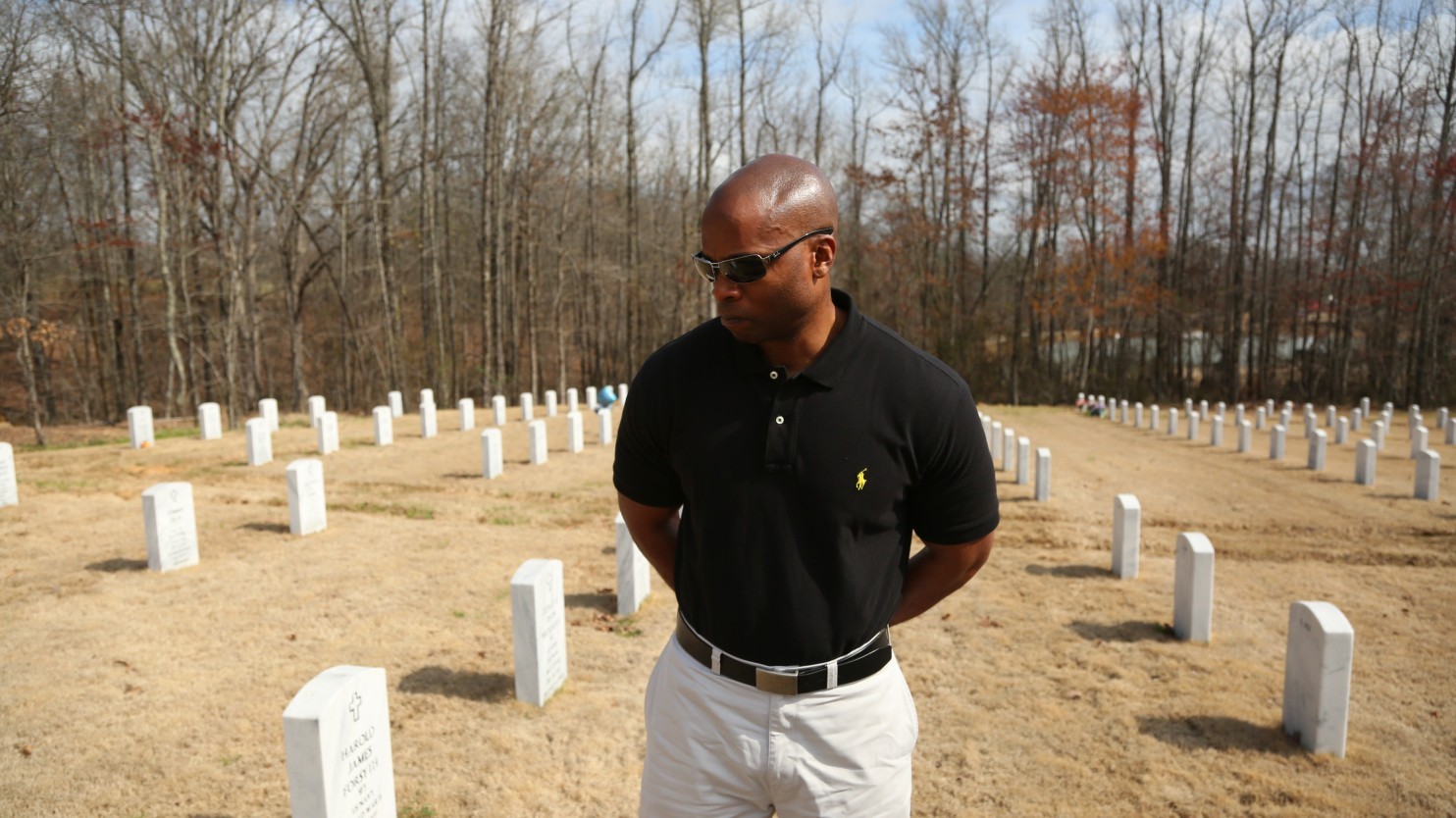 An investigation of the shooting death of 67-year-old Eugene Ellison at the hands of a Little Rock police officer left his sons, including Little Rock police Lt. Troy Ellison, embittered, and with little resolved in the minds of the public. Troy Ellison was photographed at his father’s grave March 7. (Whitney Shefte/The Washington Post)

By Scott Higham and Kimbriell Kelly on May 6,2016
Written for the Washington Post

Lesher was moonlighting, patrolling the crime-ridden apartment complex on foot with a partner, another off-duty female officer. Lesher saw the door on the second floor of a spare, low-slung building. The officers were immediately suspicious. Who would leave their door open on a cold December evening?

The white officers climbed the stairs and saw Ellison, a 67-year-old black man, sitting on his couch inside. In front of him was a coffee table, its glass top broken.

Standing outside the apartment, they asked Ellison whether he was okay. Ellison said he was fine. The officers were not satisfied. Something still seemed odd to them. His shirt was unbuttoned, and he appeared to be shivering. They later said they thought that he might need help or that maybe a crime had been committed and someone else was in the apartment.

When they continued to question him, he grew angry.

Lesher’s partner, Detective Tabitha McCrillis, walked into the apartment and confronted him.