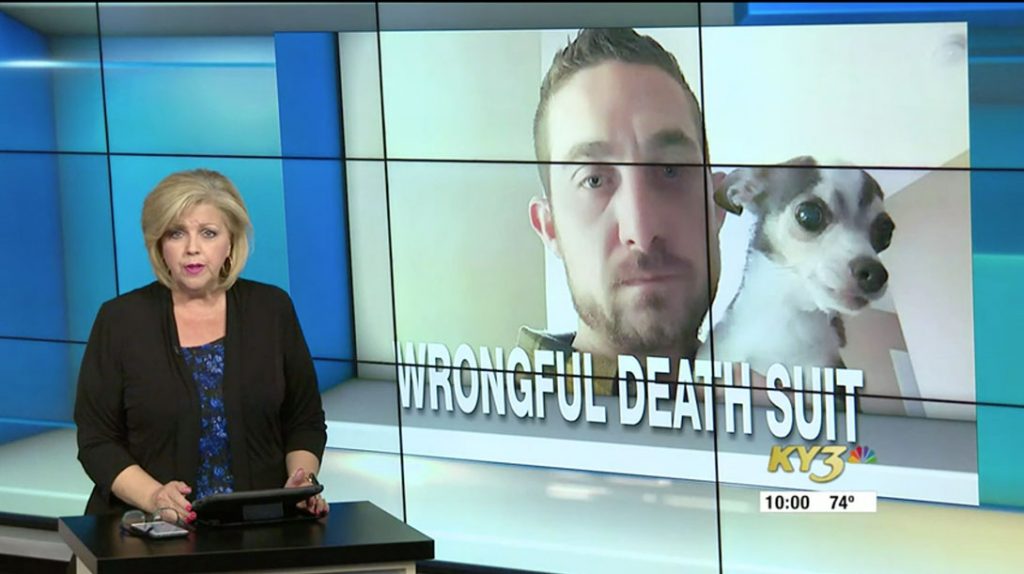 The family of a Branson man shot and killed while camping near the Buffalo National River 3 years ago is suing the federal government.

Arkansas prosecutors decided not to charge two park rangers in the shooting that killed Bolger. Investigators say he was armed with a pistol and was shot after he pointed it at the officers.

Body camera footage obtained by the attorneys for the Bolger family was released Wednesday. It shows the seconds right before he was shot. They claim that it’s clear evidence that Bolger was not a threat.

The body camera was worn by park ranger David Sullivan at the time of the incident.

Laux said, “This is about as preventable of a deadly force incident that I’ve ever seen in my life.”

“A federal park ranger acted rashly and shot four times. The fatal shot was in Jon’s back,” said Ransin.

Laux said that Bolger went to check on some movement near his campsite at around 1:30 in the morning.

“Jon thought he saw some flashlights. He, concerned for his his safety, concerned for the safety of his girlfriend and certainly the kids, he got up to investigate and within about 60 seconds of that encounter he’s dead,” he explained.

They confirm that Bolger did have a BB gun, but the lawsuit claims he did not use it to threaten the park rangers.

“A plastic CO2 BB air pistol, basically a toy,” explained Ransin. “It was taken along just for plunking around and to keep the raccoons away. There was no eminent cause of harm.”

”I have never in my career seen a police officer’s account of a police involved shooting, so entirely refuted by objected evidence. In this case, his own body camera,” said Laux.

Bolger’s family describes him as a loving son, brother and friend.

“After a very long and thorough investigation Jon’s family is looking forward to their day in court so they can have some closure and justice for Jon,” said Ransin.

Laux said, “You shouldn’t go to a national park looking to have fun with your kids, young people and your girlfriend and come home, I hate to say this so graphically, but come home in a damn body bag. The evidence shows that it was not completely as the officer said was subsequently and we’re going to get to the bottom of it.”

Ransin explained that it’s taken years to obtain evidence and thoroughly investigate the case which is why the lawsuit is being filed now.

The suit is seeking $15 million dollars in damages.