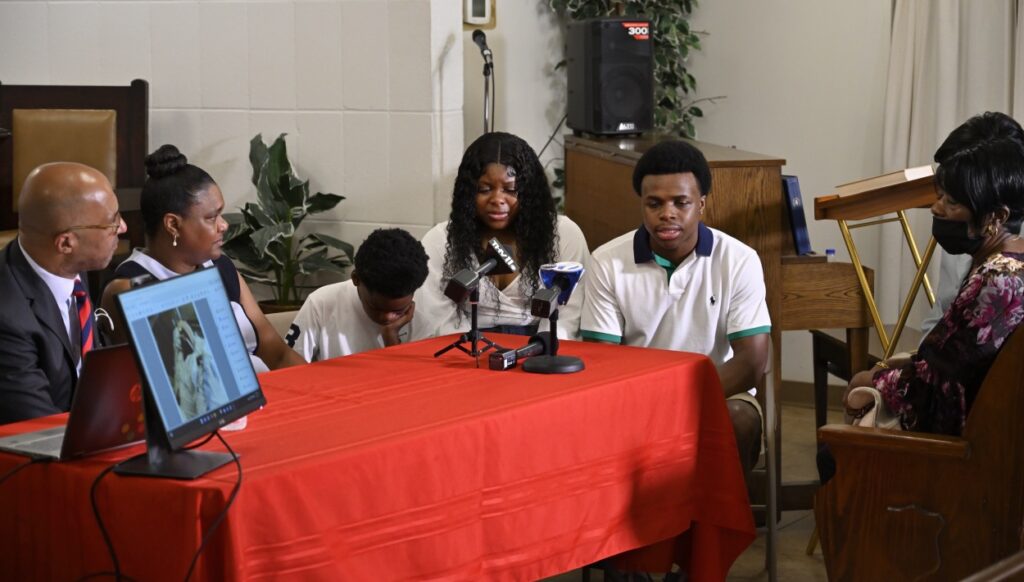 The family of Tyrone Washington, who was shot and killed Dec. 3, 2020 by a University of Arkansas for Medical Sciences Police officer, has filed a federal lawsuit against a number of UAMS Police officers, UAMS Chancellor Cam Patterson and St. Vincent’s Hospital. Attorney Mike Laux, who has filed a number of federal lawsuits over alleged police misconduct in Little Rock, is leading the case.

The lawsuit includes five complaints that allege violations to Washington’s civil rights, the Emergency Medical Treatment and Labor Act and the Americans with Disabilities Act.

Laux announced the lawsuit Thursday at Allison United Presbyterian Church in Little Rock surrounded by Washington’s family. Several members of Washington’s family — including his three children, grandmother, aunt and sister — were in attendance and often emotional.

“It’s been really hard waking up every morning and feeling like you have a hole in your heart,” Washington’s son, Tyrin said.

Washington, 39, was diagnosed with having schizophrenia as early as 2017, Laux said. His shooting death could have been avoided if UAMS officers recognized the need for treatment for Washington’s condition, he said.

At the press conference, Laux played UAMS security footage that showed Washington driving a truck while a man who he identified as UAMS Police Lt. Howard Redd hangs from the truck. UAMS Police Officer Krystal Watson then shoots Washington and the truck slows to a halt. Laux said the footage contradicts officers’ claims that Washington was using the truck as a weapon. Just after Washington was shot, the video appears to skip ahead and several more officers appear. This is being analyzed, Laux said. 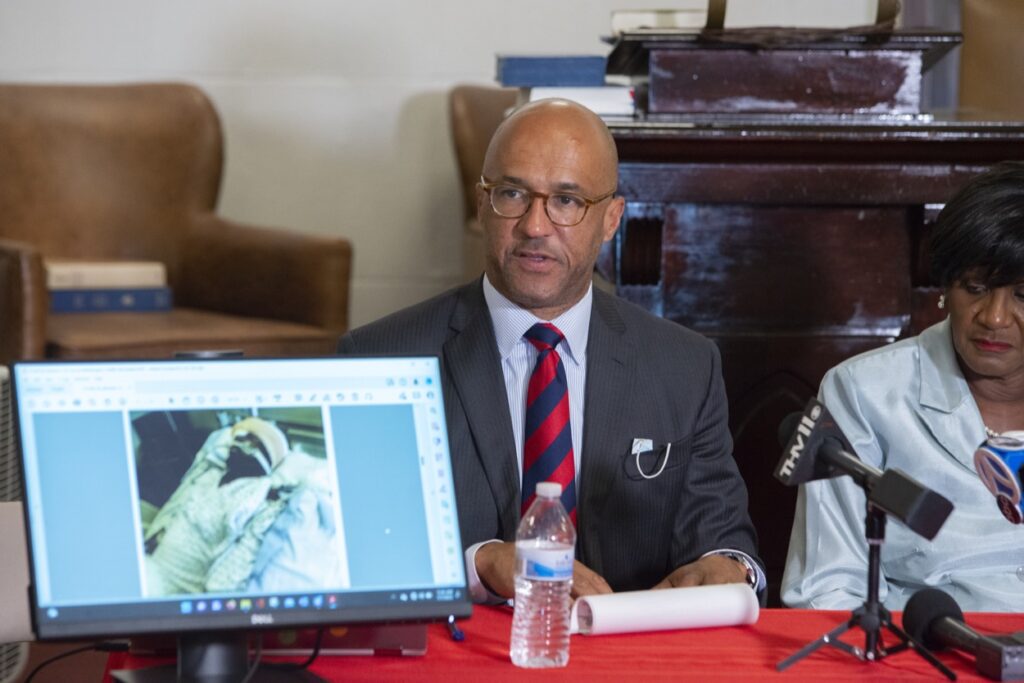 “Officer Watson believed the life of her fellow officer, who was being dragged by a stolen vehicle driven by Mr. Washington, was in danger,” Taylor said. “She acted to save her fellow officer’s life. The Arkansas State Police and the Pulaski County Prosecuting Attorney’s Office conducted an investigation of the incident and found no wrongdoing by the officer or UAMS.”

On Dec. 1, 2020, Washington was a patient at UAMS with concerns of back pain. According to the complaint, it was during this visit that staff had access to his records and could see the schizophrenia diagnosis — and that he hadn’t recently visited a doctor and had gone weeks without medication.

The next evening, Washington was taken by ambulance to CHI St. Vincent’s Hospital, where Laux said staff reported common symptoms of his condition, such as an inappropriate mood and affective flattening, which is a diminished emotional expression. The lawsuit reports that he didn’t receive psychiatric care at St. Vincent’s. He was discharged at 1:24 a.m. on Dec. 3, 2020.

Laux and Washington’s family said they believe that he walked from St. Vincent to UAMS to receive care. He found an unlocked, idling pick-up truck on the campus, and started to drive it. Washington never left the UAMS campus in the truck, Laux said.

Shortly after, Todd Kirkland called the Little Rock Police Department to report his missing truck. He also told the LRPD that Washington was acting strangely. The LRPD relayed the information from this call to Watson, according to the lawsuit.

Three nurses encountered Washington around 2:45 a.m. as he was driving. They described him as acting paranoid and said he reported being chased by a guy with a machete. They said he was “acting crazy” and “erratic,” according to the lawsuit. The nurses returned to work without reporting their experience.

About 10 minutes after his encounter with the nurses, the surveillance video captures Washington in the parking area, where Redd has blocked his path with a police vehicle. Laux said Redd then grabbed hold of the truck’s steering wheel and was drug several feet. Watson ran alongside the car before ultimately shooting Washington. He was taken inside UAMS to be treated for his injuries, where he later passed away.

Redd, who was named as a plaintiff in the lawsuit, died in January 2021. Contacted after the press conference, Laux said he could file an amended complaint.

“I think that when police officers engage in this kind of force … we fail to realize the wake that is left,” Laux said.

Washington’s sister, LaShaun McFadden, said that he would take care of her lawn, and if he couldn’t, it was because he was helping someone else. They shared the difficulties of continuing their lives without their relative.

“It’s so hard to look at my brothers because they look just like him,” daughter Taelor Washington said.

Laux stressed the importance of this case to bring justice to the family and community. 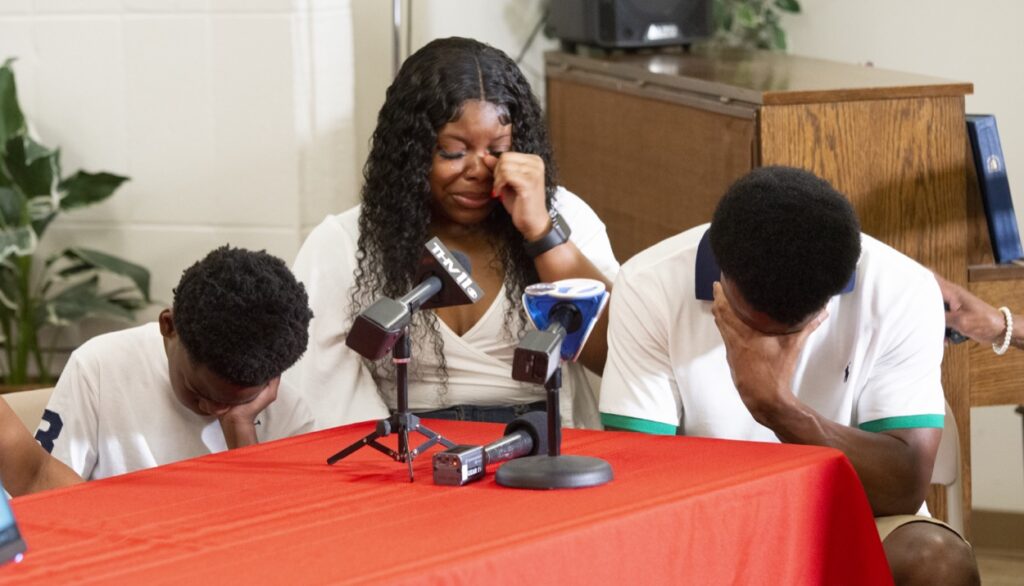