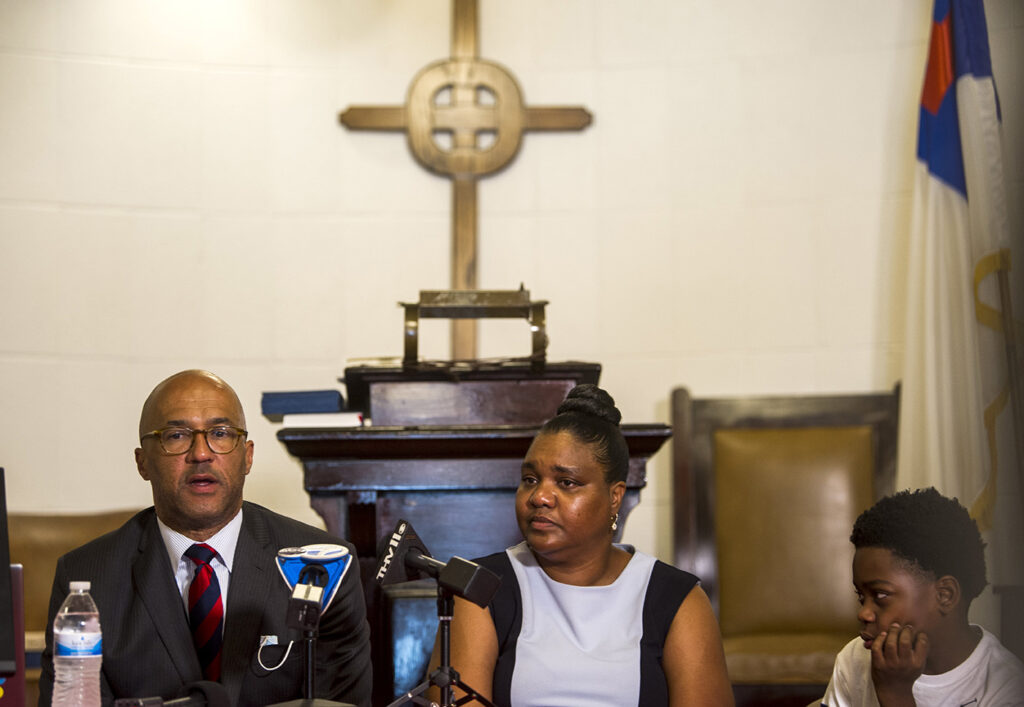 The family of a man shot and killed by UAMS police officers in December 2020 filed a federal lawsuit Thursday alleging that the officers involved reacted improperly to what the family says was clearly a schizophrenic episode, and that UAMS and CHI St. Vincent Infirmary failed to properly treat the man immediately before the shooting.

The Dec. 3, 2020, death of 39-year-old Tyrone Washington represented an “institutional failure” of UAMS police and of the health care providers at UAMS and St. Vincent, said Mike Laux, the attorney who filed the suit on the family’s behalf in the U.S. District Court for the Eastern District of Arkansas.

“This is the result of a man seeking mental health help at two different facilities,” Laux said at a news conference Thursday at Allison United Presbyterian Church, where he was joined by Washington’s family, including Washington’s sister and children.

The act, referred to as EMTALA, was passed in 1986 and requires emergency departments at any hospital that accepts Medicare or Medicaid to stabilize and treat anyone coming to them, whether or not they can pay for it, according to the Centers for Medicare and Medicaid Services.

Washington was shot around 2:45 a.m. near the UAMS emergency department in a truck that he stole from the parking lot. UAMS surveillance video released by Laux shows the truck pulling forward into the frame with officers running alongside it.

One officer, who Laux identified as Redd, is hanging onto the side of the truck and falls off onto the ground as the truck moves at a slow speed.

Immediately as Redd falls, Watson shoots Washington in the head, fatally wounding him. The truck stops, with Redd on the pavement near the rear passenger side wheel.

An investigation by Arkansas State Police and the Pulaski County prosecuting attorney’s office found the actions of the UAMS officers justified.

In a statement Thursday, Leslie Taylor, UAMS vice chancellor for communications and marketing, wrote that “our hearts go out” to Washington’s family over his death.

However, Taylor wrote, Watson acted to save Redd’s life, and reiterated that the independent investigation by state police and the prosecutor’s office cleared Watson, Redd and the other officers.

But Laux said he doesn’t think that investigation was thorough, and his account of events differs from the police narrative.

A Dec. 3 news release from state police said that officers were trying to keep Washington from leaving the UAMS campus, and that an officer — the officers involved had not yet been named — reached inside the truck to grab the keys when Washington accelerated, dragging the officer.

But Laux said that Washington, who was diagnosed with schizophrenia in 2017, never meant to leave UAMS. He was there to get treatment during his episode, and was trying to get attention by driving the truck around the campus after he found it idling with the doors unlocked and the key in the ignition.

Washington was driving around the campus in the vehicle, Laux said. Washington spoke to at least three UAMS nurses after stealing the truck but before the shooting, Laux said, and all of them gave statements saying Washington was “acting crazy,” repeatedly opening and closing the truck door and telling them he was being chased by someone with a machete, a delusion.

“This is not the act of someone doing grand theft auto, this is someone who is looking for attention, trying to get help,” Laux said.

Washington was treated for back pain at UAMS on Dec. 1, and his chart from that time indicates that staff there knew he had schizophrenia and had not been taking medication for it, Laux said.

However, Washington did not begin showing obvious symptoms of his mental illness until Dec. 2, Laux said, when he was released from UAMS and went to St. Vincent’s emergency room.

There, Laux said, doctors noted that he was cooperative but had a flat affect, a telltale sign of a schizophrenic episode. But they didn’t treat him, instead releasing him late on Dec. 2.

“We believe this should have raised red flags for any medical provider,” Laux said Thursday. “If St. Vincent’s had [treated Washington], we wouldn’t be here today.”

Washington was staying with his sister at the time, but St. Vincent staff likely wouldn’t have known that, Laux said, meaning they released a man they thought was suffering from schizophrenia and homeless.

From St. Vincent, Washington likely walked to UAMS, where he stole the truck and spoke with the nurses, who Laux thinks should have realized Washington needed treatment, based on the schizophrenia diagnosis noted on his chart at UAMS a day or so before.

The nurses “did nothing and reported this to no one,” Laux said, accusing them of not even taking Washington’s name so they could look at his medical chart.

Laux said that when police arrived, he thinks they acted improperly and in opposition to the way police are generally trained to handle people suffering from mental heath crises, he said.

Laux said he had not been able to get a copy of the UAMS police’s policies, which he called “closely guarded,” but he said other departments including Little Rock police, where Watson served prior to joining UAMS, would caution officers against behaving the way they did Dec. 3. 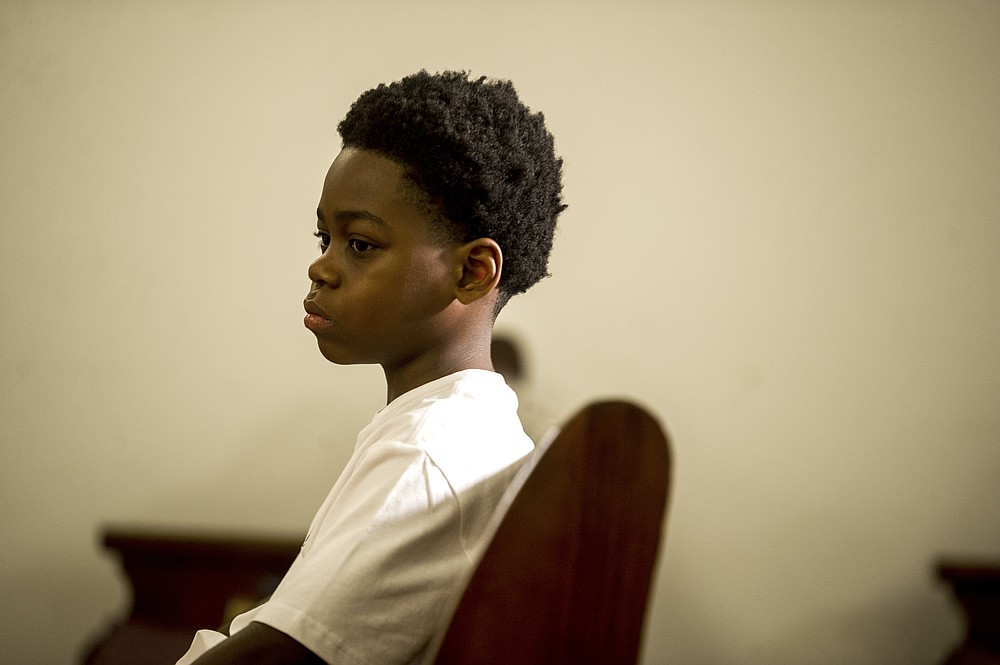 The officers “spooked” Washington, Laux said, by trying to box him in with vehicles, some of which had lights and sirens on. This is contrary to how most police are trained to deal with people suffering from mental health issues, Laux said.

Laux said he blames Redd, who he called “a bigshot good ol’ boy,” for putting himself in danger by trying to stop the truck. Laux said he thinks that danger was what led Watson to shoot Washington, believing Redd’s life was at risk.

The combination of UAMS and St. Vincent staffs’ failure to treat Washington in their emergency departments despite the requirements of EMTALA and the “poor decisions” of the UAMS officers led to Washington’s shooting, Laux said.

“You remove any one of these circumstances from the equation, and we’re probably not here today,” Laux said.

Laux was joined Thursday by Washington’s sister LaShaun McFadden and his children — Taelor, Tyrin and a younger boy.

“It’s so hard because my brothers, they look just like him,” Taelor Washington said, fighting back tears.

“I got a little brother, he’s gotta grow up without a father now, I gotta take that role,” Tyrin Washington said tearfully.

Faye Chidester, who referred to herself as “an auntie,” said that police murdered Washington.

“What happened to him was unjustified, it was cruel and unlawful,” Chidester said. 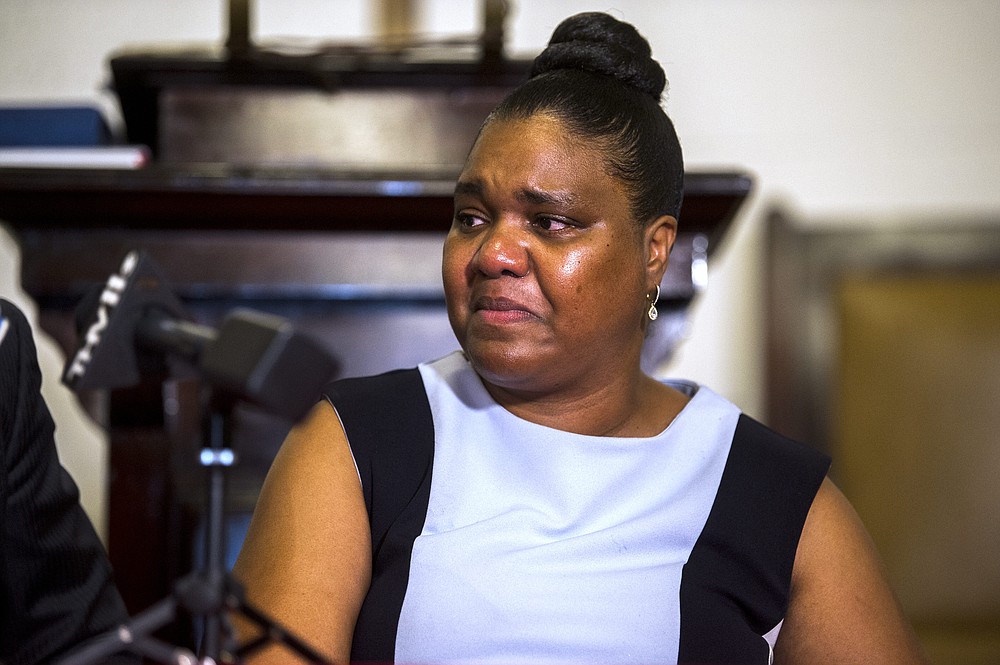