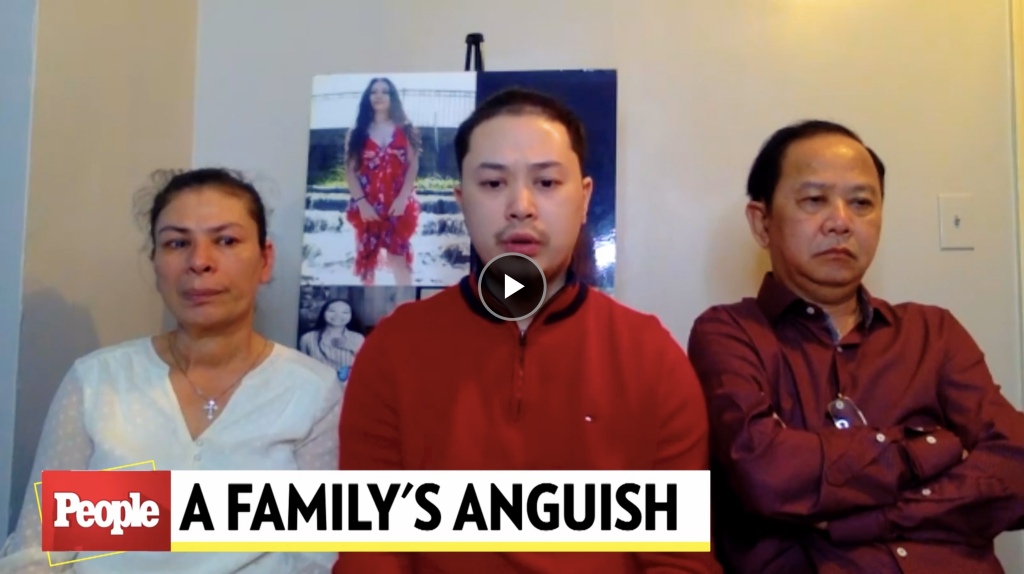 Sabrina Nguyen, 18, repeatedly called police for help but was found dead at a busy intersection where she was stabbed more than 30 times

At just 18, Sabrina Nguyen had a zest for life that was infectious. The recent high school graduate often talked about her dream to become internet-famous as the star of her own YouTube channel, and she loved entertaining her parents and older brothers at their Memphis home.

“It was always fun being around Sabrina,” says her brother Jimmy, 26. “She was the life of the party and would bring the fun to you.”

But Sabrina didn’t share everything with her family. When she began dating Keedrin Coppage, whom she met at a party in early 2019, she didn’t give her family many details about him.

It wasn’t until a few months later that Jimmy even met him. When Jimmy and his girlfriend hung out with the couple, Coppage “seemed okay,” he recalls.

But things were not as they seemed.

Sabrina later confided to her family that Coppage had been physically and emotionally abusive throughout their relationship. In June 2019, her family says, she found the strength to end it, but Coppage would appear at her job unannounced and wander the streets of her neighborhood looking for her.

Sabrina reported to police that Coppage was calling her repeatedly, sometimes threatening to kill her. She went to court to obtain a restraining order against him. Then on Jan. 2, 2020, Sabrina was found lying on a sidewalk at a busy intersection near her home, fatally stabbed.

Coppage, 24, has been charged with first-degree murder in Sabrina’s killing. He has yet to enter a plea and is currently in Shelby County Jail.

“We did everything we could to protect my little sister,” says Jimmy. “We’re still grieving.”

Now the Nguyen family has filed a federal lawsuit against the city of Memphis and several officers, alleging police didn’t allow Sabrina to reenter a safe house set up to protect domestic-violence victims.

Want to keep up with the latest crime coverage? Sign up for PEOPLE’s free True Crime newsletter for breaking crime news, ongoing trial coverage and details of intriguing unsolved cases.

While city officials declined to be interviewed by PEOPLE, Memphis chief legal officer Jennifer Sink says, “The death of Ms. Nguyen is tragic, but the Memphis Police Department is not responsible for her murder. Ms. Nguyen was a victim of domestic violence and Keedrin Coppage has been charged with first-degree murder and aggravated kidnapping.”

While the family asks for monetary damages in the lawsuit, they also want to change a system they believe failed their only daughter.

“If [police] took domestic violence more seriously, my little sister would still be here,” Jimmy says. “What happened to her should never have happened at all, and we want to change that….Everything we do is for Sabrina.”

If you or someone you know is a victim of domestic violence, call the National Domestic Violence Hotline at 800-799-7233.